Mira! My guide tapped my shoulder and pointed up. Mono araña he calmly said. I looked up immediately, frantically trying to get a glimpse of the one native monkey species I had yet to see in Costa Rica, the Geoffroy’s spider monkey.

I heard branches rustling as several leaves fell to the ground in front of me and as I scoured the trees, I got a glimpse of orange-brown colored limbs flying through the air.

The spider monkey finally made its appearance and I could see it clearly. He glided through the air, using all 4 limbs and tail.

By this time, 3 more spider monkeys showed up and it was like a monkey party going up there with all the squeaks, chirps and leaves rustling as they swiftly climbed from branch to branch. 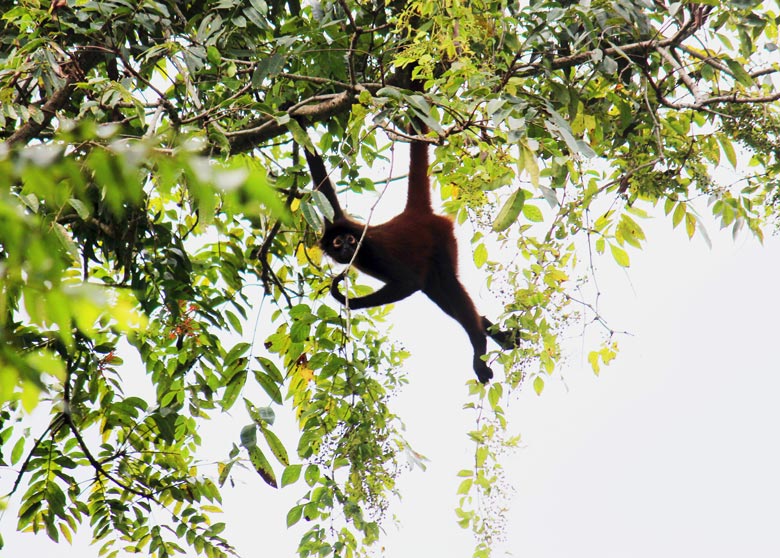 You might be surprised that in the 3 years I’ve lived in Costa Rica, I had never seen this monkey before. Though they used to be found in great numbers throughout the country, this monkey is sadly only found in certain parts of the country where the forest can sustain their large troops. Hunting and deforestation has drastically reduced their numbers.

We were currently at the only place in Costa Rica where you can find all 4 species of monkey: howler, white face, spider and squirrel, the Osa Peninsula. We set out for the day to go wildlife watching at Matapalo, a small village in the outermost point of Osa and I couldn’t believe my eyes, these monkeys were everywhere!

If you’re visiting Osa Peninsula and want to see some wildlife without having to work too hard (like at Corcovado), go for a wildlife watching hike at Matapalo. You’ll see so many animals driving there!

We went on a tour arranged by our hotel, Iguana Lodge with a local guide who I swear, stopped every 5 minutes or so to point something out to us. Though you don’t see quite as much wildlife on this hike than if you went to Corcovado National Park, you still see plenty. First timers to Costa Rica will be amazed.

We also saw turtles, turkey vultures, agoutis, caimans and iguanas around Cabo Matapalo. Once we finished our wildlife watching, our guide took us to a waterfall where we had to climb up 2 waterfalls to get to a big one. This was extremely fun and super refreshing after walking under the hot sun all day. 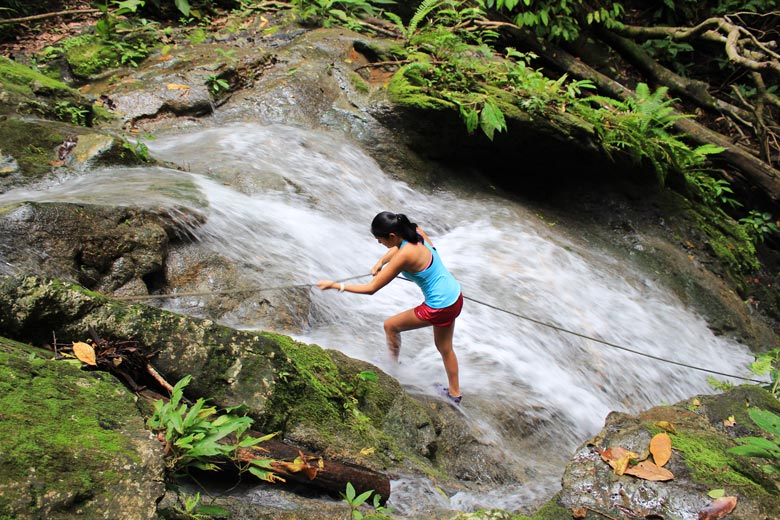 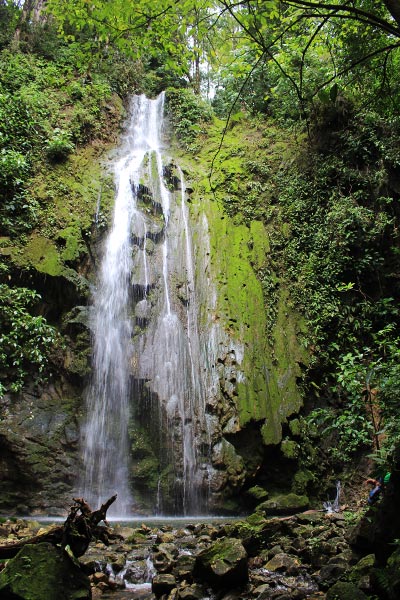 Tips for the Wildlife Watching Hike at Matapalo

Or read about the wildlife watching and hiking in Corcovado National Park!